Secrets of Human Shaders in UE4 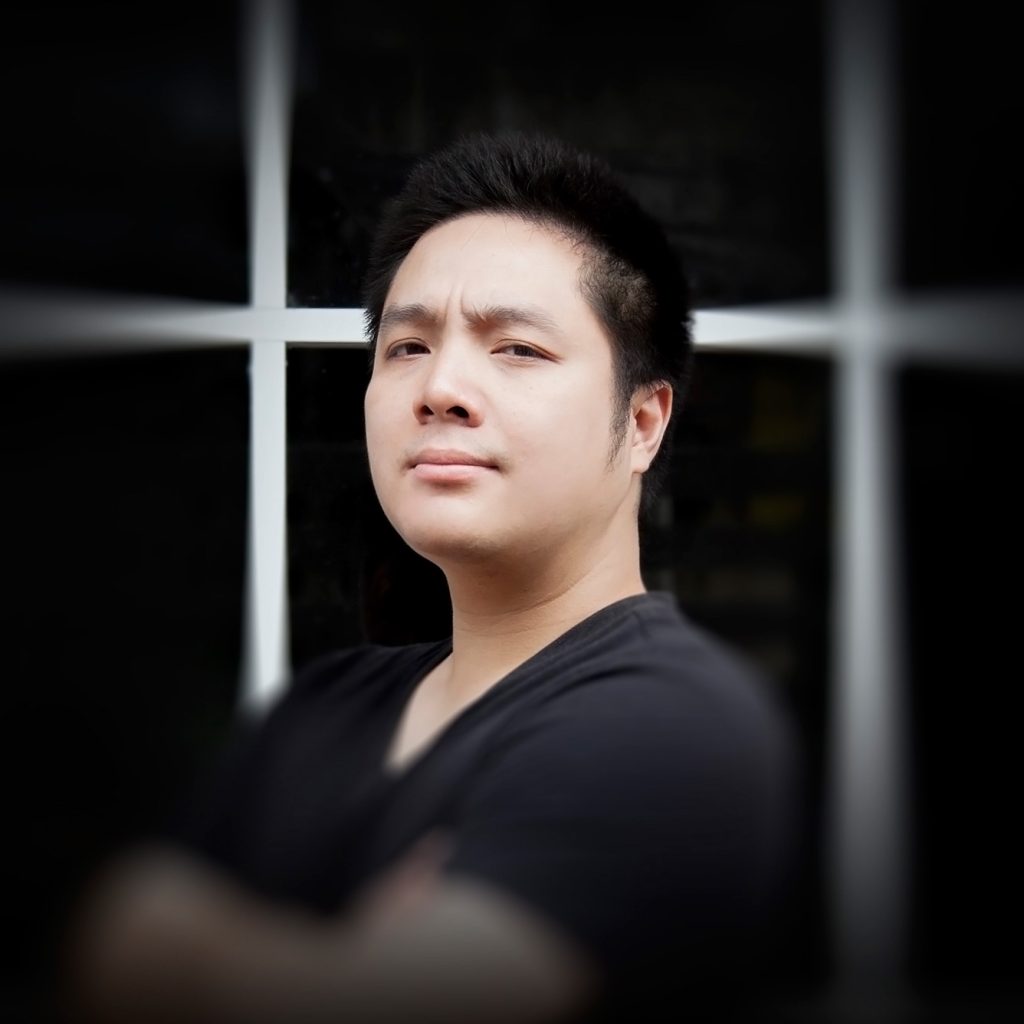 My name is Dzung Phung Dinh. I got the 1st place winner in modeling demo reel contest of the very first year of Autodesk Contest for students ( CGSA ) back in 2010. Now they call it “The Rookies”.  I have been working in 3D graphic industry for nearly 10 years. In my early years, I worked as Game Artist for Rare UK and worked on a series of marketplace assets for some Xbox games: Fable III and Halo Reach, Later on I moved on to VFX/film industry, working as Creature Effect & generalist artist for Double Negative London on feature films like John Carter Of Mars, Snow White & the Huntsman, 007: Skyfall.

But these are things of the past, I am now the Founder and Team Lead of my own studio – Thunder Cloud, based in Vietnam, which creates exclusive quality assets for worldwide game development studios, which need support or which are outsourcing their art production. Our ultimate goal at Thunder Cloud is to become an animation studio creating animation & cinematics, using real-time tech. That’s why at the present, UE4 is one of my focus and key R&D projects.

As you already might know that back in 2016, ArtStation held its official contest “The Journey”. 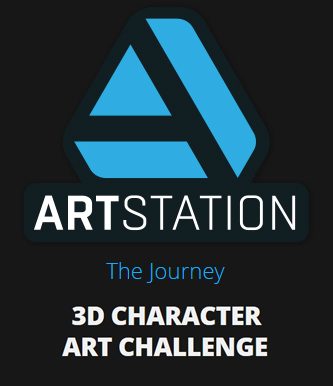 I was very inspired by the theme and got fired up. I joined the contest and planned to create an epic 3D scene with the theme. The total duration of the contest was around 3 months. I think that’s a fair amount of time for an artist to be able to come up with something good, if he works full-time on it. Unfortunately, I got caught up with various jobs from Thunder Cloud and I didn’t finish my entry by the time the contest has ended. I didn’t really have enough time or maybe I was too ambitious with the piece. But recently I decided to pick up the project and finish it since it’s totally my personal project now, I wanted to be a little ambitious again. 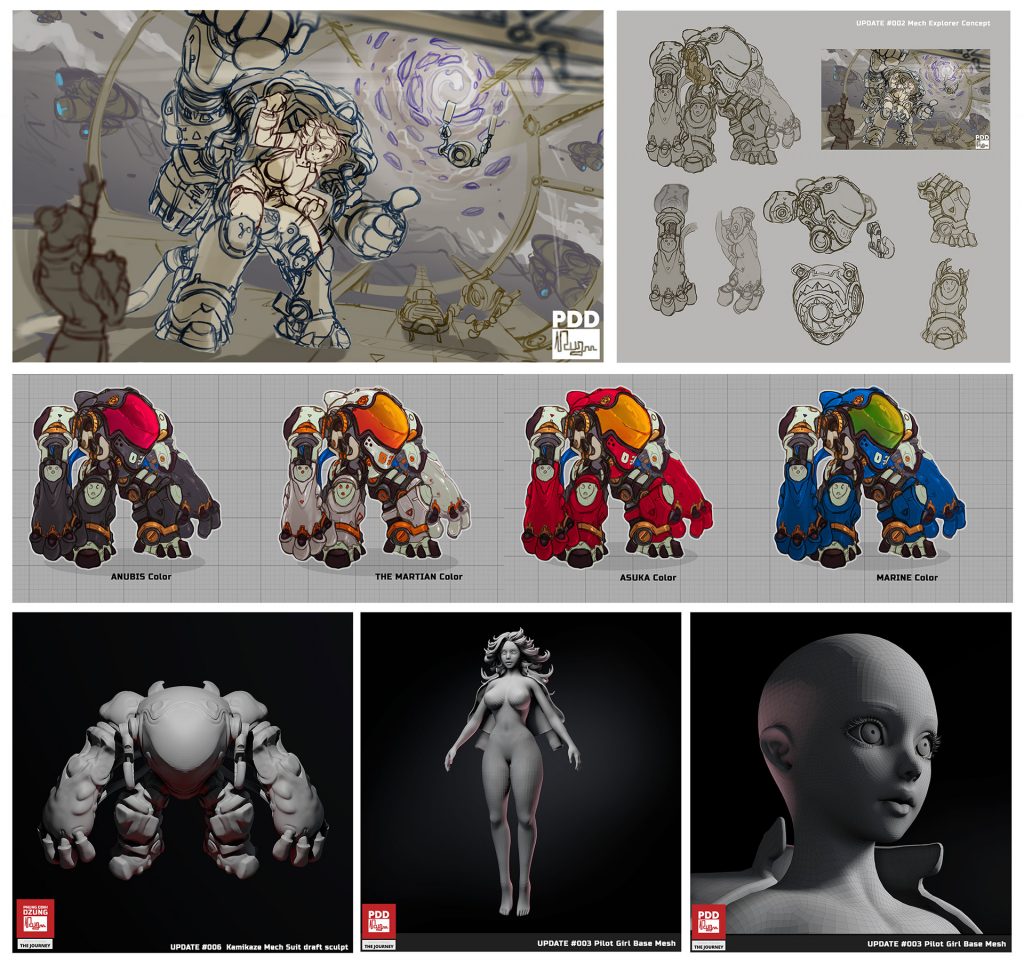 My goal is to create an epic cinematic scene with the theme of “The Journey”. The main character is a girl named Exparia. There’s a wordplay of – Explorer (in my gallery all of my girl characters have names of something like ”-aria”). She is a Mech Pilot on a mission to explore a new world for mankind. There is a little story behind this scene, as you can see in the concept, a giant wormhole appears above the Earth orbit, some kind of stone alien structures are floating around it, which tells us that this wormhole is no work of nature. It was built artificially and has some sinister purpose. Mankind decides to send a voyage fleet to explore what lies behind the wormhole. All the mechs carried in the fleet are called “Kamikaze”, which means they are the first to go to the front line but most likely they won’t come back. They are trained as both scientists and soldiers at the same time. And our main character – Exparia is in one of the mech swith a smile on her face – showing her urge to explore the new world, anxious about the potential threats she might face.

The final result of the project will not be just a static image but also a small cinematic shot with animation & effects – all done in UE4. By working on this project I really want to push my skills in terms of both art and technique. There are organic characters with clothes, robots/mechs, hard surface indoor environment and open world environments in the background, etc. There are a lot of things that I can push and challenge myself to refine my skills, knowledge in the workflow and different tools to make it work best in UE4. And like I said above, all workflow is resolved around UE4.

One small note is that, since there are so many things listed down, you might ask what’s the main element in this project? It’s the main character & UE4 potential ability in rendering quality images & animation for production. As my background is more of character art and Thunder Cloud’s strongest service is character art. So the project best serves as a R&D and training project for me and the team at Thunder Cloud.

A good 3D artist is a role that stands somewhere in between, blending artistic & technical 3D stuff. I have been training painting digital 2D art and concept at the same time I picked up 3D. Being able to work as a 2d artist allows me to think much more freely in terms of concept, design & color, not being limited to what’s available in 3D tech and software. In this particular project, I  aim toward a very stylized visual style of a digital 2D painting with a little bit of PBR shaders look. 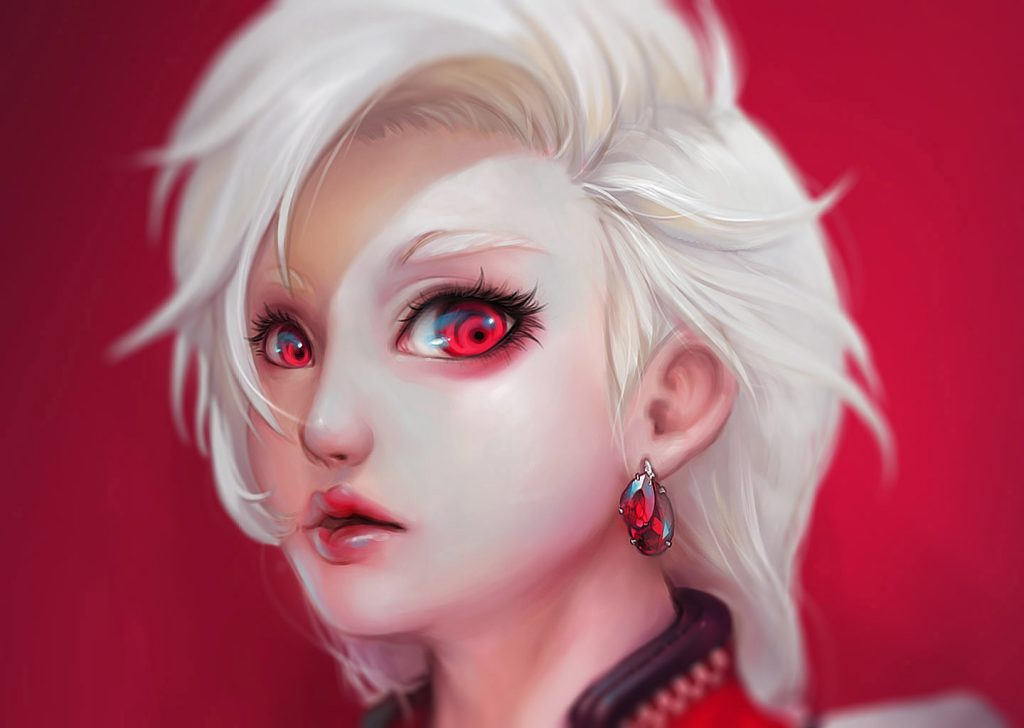 Here is the 2D piece I painted earlier, that I used as the main concept for the girl. I used this piece as the main reference to develop my shaders & textures. I have to break down each element in the 2D painting to make it look like a painting and attract the viewer and at the same time, using my skills in 3D, to translate it into 3D techniques. I also learn and look at works of other 2D artists, how they “render”/interpret and solve certain areas of a 2D character. 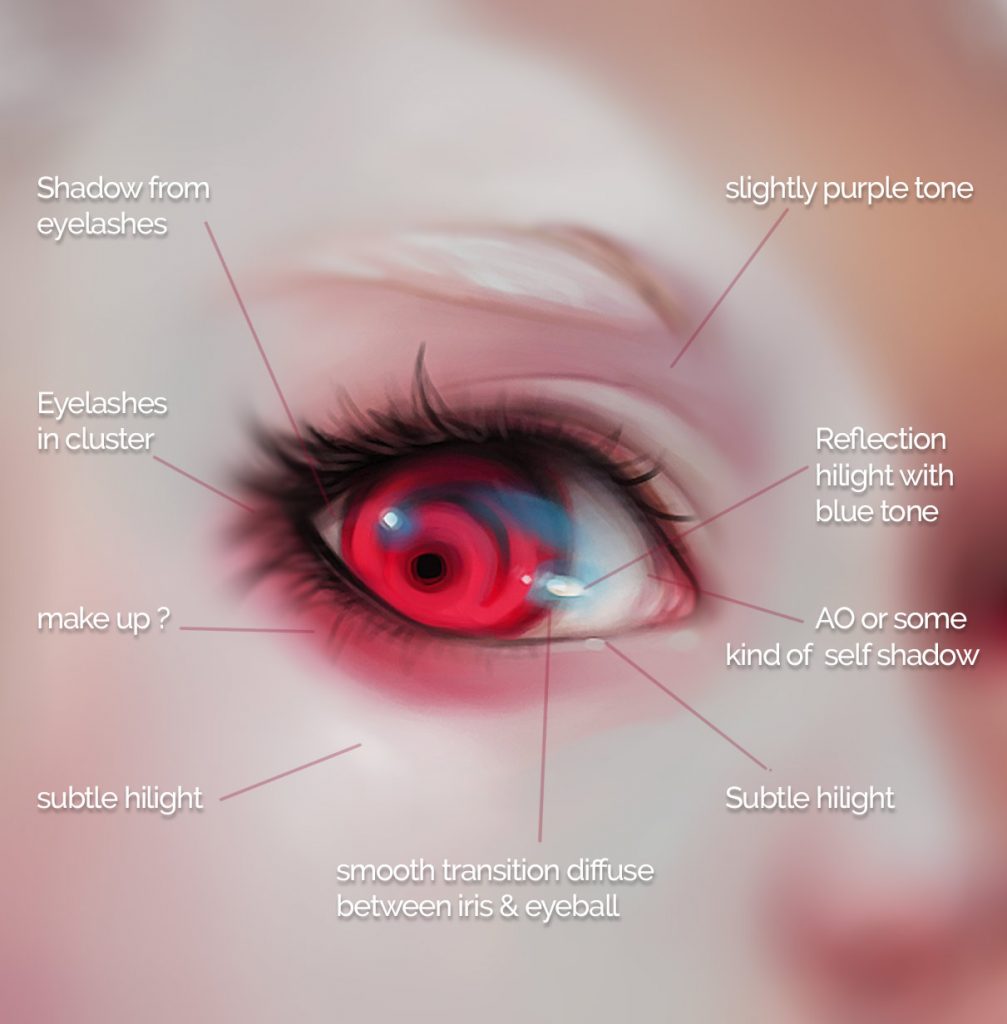 For example, the eye in 2D digital painting style feels much more natural and soulful to me than that of a 3D model generated and computed by 3D renderer in my opinion. First, I train myself to be able to paint in 2D, learn the fundamental structure of a certain 2D style. Then I start to mimic all of that structure and stylized elements in 3D and UE4 in this case.